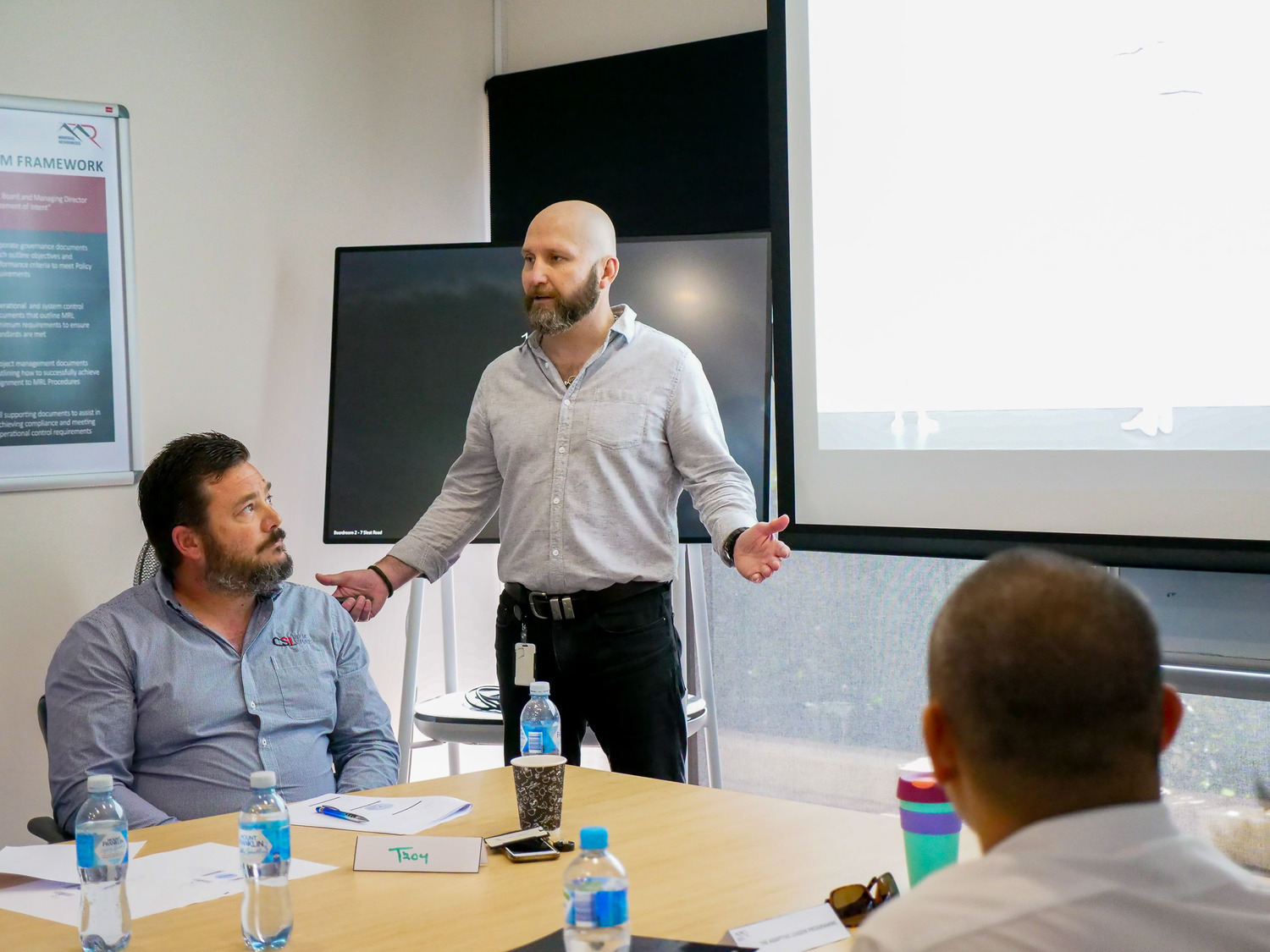 With a natural ability for supporting and connecting with people, Clay Greenbank has seized opportunities and achieved significant growth during his 18-years at Mineral Resources (MRL), taking his career from the shovel to the boardroom.

Clay joined MRL back in 2003, making his start in the mining industry to set himself up and support his young family.

Starting as a Trades Assistant with our CSI Mining Services team at Wodgina in the Pilbara, he quickly moved up into roles supervising night and day shifts, running a tight ship while providing training and guidance to his team members.

After six years ‘on the tools’, Clay left Wodgina when the project closed, and started his ‘corporate’ career in the MRL head office in Perth as a Training and Safety Advisor.

“I was given an entry level opportunity on the shovel, from there I embraced the work in front of me and created other opportunities”, he said.

The next eight years saw Clay direct his own path and grow his career with a company on the rise. Clay found the work that lights him up and was supported along the way.

From delivering training as a Training Coordinator, to building the frameworks and processes to support the needs of the entire business as Group Manager Training and Group Manager Learning and Development, Clay has created a legacy of meaningful progress.

Clay played an integral role in the evolution of MRL’s culture - taking the business on a cultural transformation journey - working with senior leadership and presenting his work to the MRL Board.

Today, as General Manager Leadership and Performance, Clay and his team of coaches deliver training programs across the business on behaviours and skills that support high performance for all levels of MRL’s leadership and talented people. He works with individuals and teams to support direction setting, change, competency and capability.

“MRL is the land of opportunity for those who can embrace the fast paced, high performing, autonomous nature of the business”, he said.

Our upcoming move to a new state-of-the-art head office in Osborne Park and our camp upgrades that will genuinely rival holiday resorts, serve to further enhance the work Clay’s team does across the business.

“We’re creating physical spaces that support our people to reach their full potential and reinforce the connection we all have to each other”, he said.

At MRL, job security means working to your strengths, being challenged on each project, and achieving meaningful results so that you choose to stay long term.

Interested in joining a company that offers a career pipeline that can set you up for life? Check out our latest career opportunities